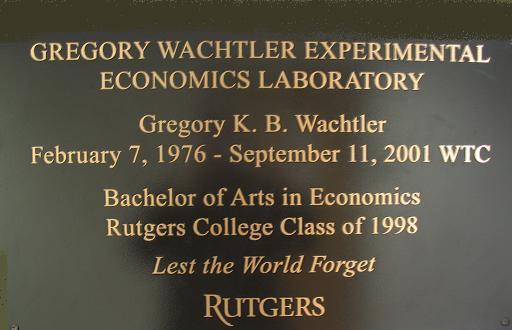 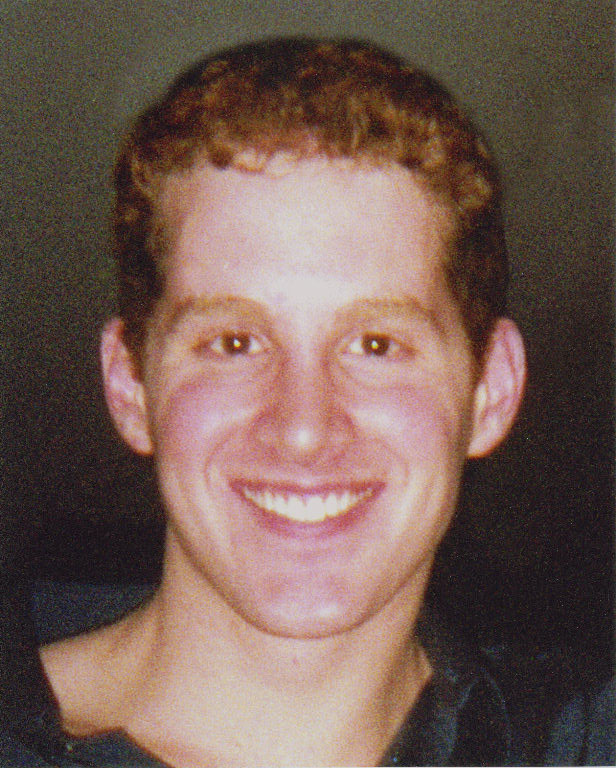 The Gregory Wachtler Experimental Economics Laboratory was endowed by Paul and Nassima Wachtler in 2007 in memory of their son, Gregory, who was killed at the age of 25 while working as a financial analyst in the North Tower of the World Trade Center on September 11, 2001.  Gregory was a 1998 graduate of the Department of Economics at Rutgers and an accomplished chess player who had a passion for understanding the workings of Wall Street. The laboratory is a lasting memorial to him, as well as a facility to help students and scholars of economics as they try to unravel the puzzles of economic behavior.

The laboratory opened in 2008 and was dedicated in 2009.  The laboratory is located in room 107, Scott Hall, on the College Avenue Campus of Rutgers University in New Brunswick, NJ.  It is the locus of research in experimental economics at Rutgers, utilitized by faculty, graduate students, and undergraduate honors thesis students in economics.  Hundreds of Rutgers undergraduate students participate in the experiments that are conducted in the laboratory each year.  The research activities in the laboratory are made possible by grants from the National Science Foundation, the World Bank, the Rutgers Research Council, by research funds provided by the Dean of the School of Arts and Sciences, as well as by the Wachtlers' endowment. 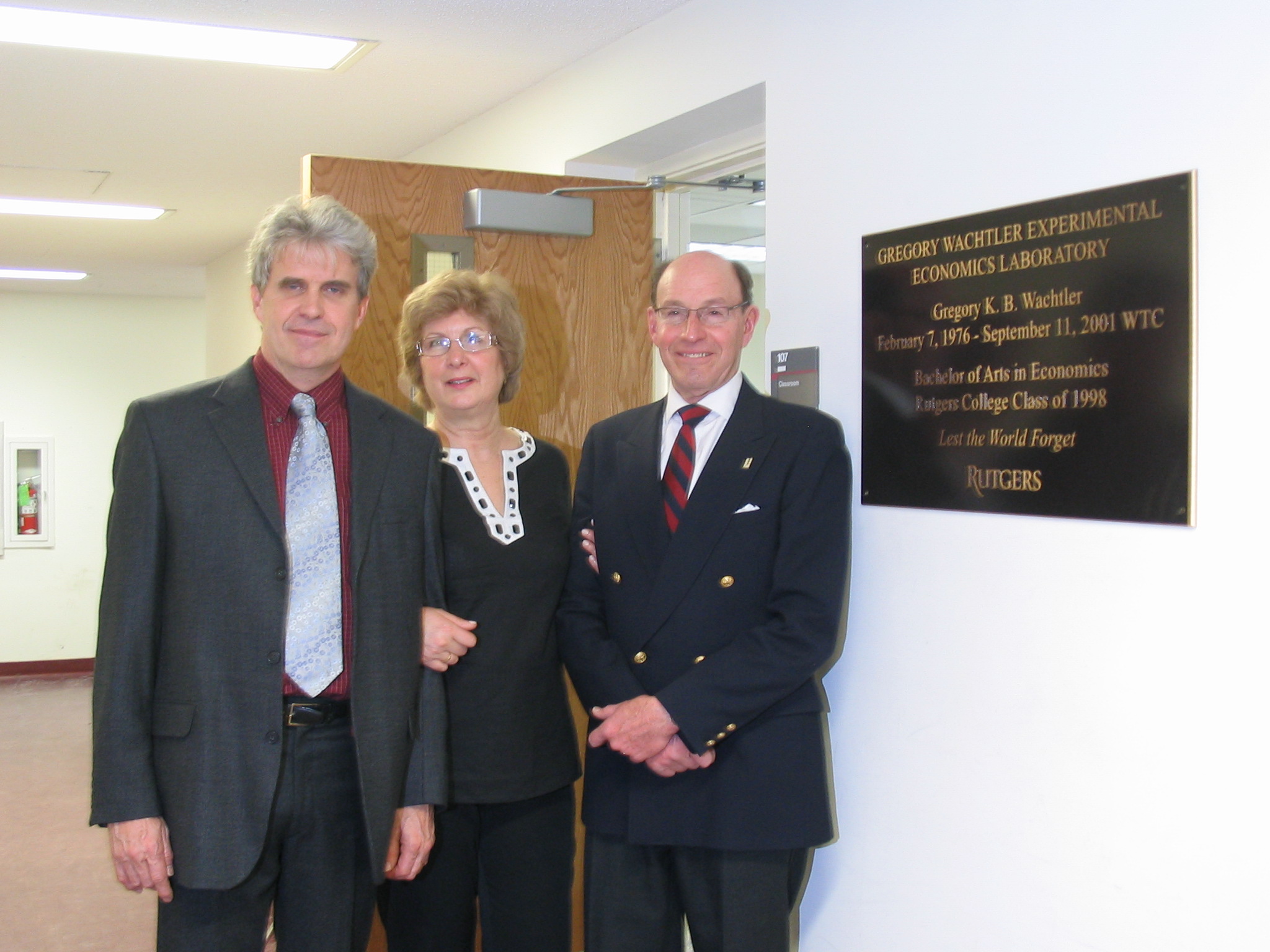