These are faculty/staff announcements.

Professor Bordo joins the celebration of the 200th anniversary of Norway's central bank . . . read his account of the festivities

On June 16 2016 the Norges Bank, Norway's central bank, celebrated its two hundredth birthday at a gala event in Oslo. I was invited to attend because I have been advising them on their bicentenary project for the past decade. Leading to the event I was involved in a team that produced 4 books (three of which were published in my series with Cambridge University Press: Studies in Macroeconomic History). On June 16 a high level conference with participation by central bank governors from around the world as well as Christine Lagarde, Managing Director of the IMF, was held. 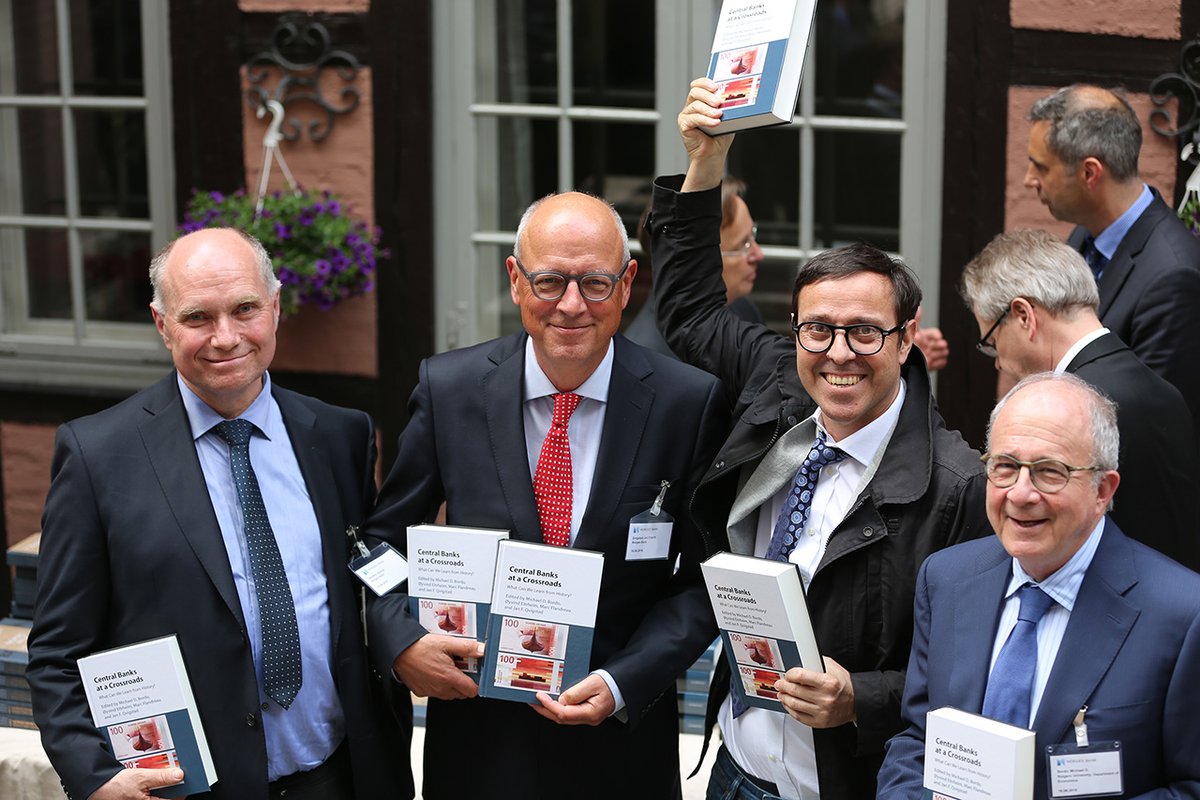 At the end of the conference there was a book launch of the volume Central Banks at a Crossroads which I had edited with Marc Flandreau of the Graduate Institute in Geneva as well as with Oyvind Eitreim, Research Director of Norges Bank and Jan Qvigstad, Deputy Governor. That book contained 15 essays on the history of central banking of which three were written by Rutgers faculty (myself, Hugh Rockoff and Eugene White). The event was  most memorable. It was preceded by a boat ride in Oslo harbor (accompanied by a speedboat full of heavily armed security personnel) and then a reception and dinner aboard the Fram, the vessel that Roald Admundsen took to both the North and South poles over a century ago.

Click here to read Jenny Hunt's discussion of the best cities for jobs.

Few aspects of the financial crisis of 2008-9 generated as much outrage as the publicly-funded bailouts of banks and other large financial firms. Following this experience, some economists have called for new laws and regulations that would prevent policy makers from engaging in future bailouts. In recent research, Rutgers Professor Todd Keister asks whether prohibiting bailouts of banks is an effective way to stabilize the financial system.

In a forthcoming paper titled “Bailouts and Financial Fragility,” he shows that while eliminating bailouts would encourage banks to be more cautious, it would also make bank depositors more nervous because they know no help will be available if a crisis starts. If depositors decide to withdraw from their banks at the first sign of trouble, prohibiting bailouts can actually make the economy more susceptible to a crisis. A better approach is to allow bailouts in some circumstances, but to minimize the negative effects on banks’ incentives through enhanced regulation and supervision.

In related work with Vijay Narasiman of Harvard University, Professor Keister investigates how these results depend on the quality of banking regulation. They show that as long as regulation and supervision are effective enough, prohibiting bailouts is always bad idea.  However, if banks are able to easily circumvent regulations, then passing a law that prohibits might be a desirable, if imperfect, solution.

Despite spending far more on medical care, Americans live shorter lives than the citizens of other high-income countries.  The situation has been getting worse for at least three decades.

In her paper,* "The Science of Making Better Decisions about Health: Cost-Effectiveness and Cost-Benefit Analysis," Professor Russell describees the main scientific methods for guiding the allocation of resources to health -- cost-effectiveness analysis (CEA) and cost-benefit analysis (CBA).

Her paper sketches the methodological progress of these two techniques over the last several decades and presents examples of how medical practice in other high-income countries, where people live longer, follows the priorities indicated by cost-effective analysis.

She also describes how CEA and CBA support democratic decision-making processes, which have themselves benefited from scientific inquiry.

Is there a "skyscraper curse?" The Economist asks Rutgers' Bruce Mizrach, Jason Barr, and Kusum Mundra . . .

Is there a "skyscraper curse?" The Economist asks Rutgers' Bruce Mizrach, Jason Barr, and Kusum Mundra . . .

The Economist (March 29, 2015) reported on a paper, "Skyscraper Height and the Business Cycle: Separating Myth from Reality," by Rutgers New Brunswick economist Bruce Mizrach and Rutgers Newark economists Jason Barr and Kusum Mundra, which was published this year by Applied Economics.

Mizrach and his co-authors debunk the so-called "Skyscraper Hypothesis" that competition for the tallest building marks business cycle tops.  They show, using data from the U.S., China, Canada and Hong Kong, that GDP causes height.  Because buildings naturally take several years to complete, the tallest building will always be finished as a downturn approaches.